Linda:  Welcome back to my blog. Thanks for joining me today. Your book Tales of a Cosmic Possum is a biography of your husband’s family. For those who haven’t visit before: why did you decide to write the book, and how did you come up with the title?

Sheila: When John and I were dating, he took me to visit some of his relatives in Union, SC. They were delightful and welcomed me to their family. As the years passed, he started telling me stories about his growing up in Ingle Holler. His grandfather and grandmother Ingle moved down from Tennessee to work in the cotton mills early in the 20th century. They left the Appalachia Mountains to make better lives for their family of eight, but they brought the mountain ways, folklore, and music with them.

My grandparents, on my mother’s side, were also from the mountains in North Carolina. I fell in love with books like Christy by Catherine Marshall and read it several times. The simple lifestyles of these people fascinated me. Their lives were hard, but their faith was stronger.

At family reunions, the women talked endlessly about those days of working in the mills and raising a family. As I listened to John’s retell similar stories through the years and went to many funerals of his parent’s generation, I realized that their narratives were being lost.

The mills closed. Some burned, and others were vandalized after the looms were shut down. Investors bought and refurbished in some cases, but, for the most part, weeds and weather suffocated the remnants.

Finally, it dawned on me that I had a walking-talking storyteller in my house, and his stories were part of our history. I started interviewing John, his brother, and his cousins. I was entertained and intrigued by his family and thought others might be, also. Choosing eight of the women as main characters, I wrote about their strengths to make something out of nothing, their favorite songs, jobs in the mills, and their love for their families.

Sharyn McCrumb is another favorite author of mine; she writes about Appalachia. In one of her books, she used the term. Then I found Jane Hicks’ poem “How We Became Cosmic Possums.” It describes a “first generation off the ridge or out of the holler.”  I realized I was married to a cosmic possum who had shared his tales with me for over 30 years. The title of the book was a totally accurate and personal description of the short stories.

LM: What is your favorite vignette from the book? 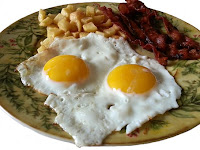 Sheila: Annie Mae Bobo was one of John’s aunts; she ran a boarding house during the Depression. She rented out four rooms with double occupancy and served three meals a day for $1 weekly. She took care of the bachelors who stayed there and worked in the cotton mills. Eggs, grits, bacon, and biscuits were served most mornings, and she packed a lunch for the men to take for lunch. Supper was another home cooked meal with more biscuits.

One of her rules for living was “do right by the good Lord, hep yer own kin, hep others ye meet along the way.” And she lived this out by helping the many hobos that stopped by her house on the way to find work, making room for family when they visited, and being a strong support at her church, Green Street Methodist. I was fascinated by her stamina and her heart.

Researching about the hobos that crisscrossed our nation during this era opened my eyes to another part of our history. These men, women, and children begged for food, lodging, and work. Annie Mae always had a pot of Luzianne coffee on the back burner of her stove and something to eat to those who stopped at her house. The story goes that one morning she gave away her children’s breakfast to two hoboes and then had to cook more for her own.

When I met her the first time, she had long retired. She had baked a fresh coconut cake that morning and served it to us with coffee. Whether she knew company was coming to visit or not, she was always prepared.

About fifteen years before, John had lived with her for about a year after he was discharged from the Navy. She was a natural at “helping” others.

LM: In addition to Cosmic Possum you’ve written a series of fiction books about women during the Revolutionary War. How was the written/research process different for Cosmic Possum than the other books? The same? 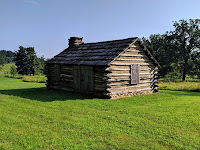 Sheila: Researching the Revolutionary War in South Carolina was intense. Basically, I knew nothing, except from some historical fiction I had written. So I started from scratch. Besides reading, I th century. Reading biographies, poems, cook books, diaries, nonfiction, and fiction about the time helped give me a sense of the time. I also visited some of the battle sites we have here in SC and even spent eight weeks one summer working at the Cowpens National Battlefield.
attended reenactments and historical sites to get a sense of the time. I tried to immerse myself into the 17

Writing the Tales was quite different. I was more organized and intentional with what I was doing. I knew I wanted to describe one day in one woman’s life and decided to include one song/hymn that was special to her. Other than that, I depended on interviewing the family about what they remembered. I asked many questions, took notes, and asked more questions. I guess John is the storyteller for his generation; he seemed to remember more than the others. Since the family loved the Grand Ole Opry and listened to it on a weekly basis, I did research on it. Also, I had to learn about how the mill workers turned a bale of hay into cloth. We have a cotton museum in the lower part of the state that I visited to get a visual of this process.

Again, life in a cotton mill village was a part of our history that I knew little about, but I did know many of the people and had visited with them. The short stories cover life between 1904-1949. Since a lot was happening in our country during those years, it was easy to include facts about how life was then.

LM: What drew you to the Revolutionary War time period?

Sheila: I was and am a member of four lineage societies, and the first one I joined was the Daughters of the American Revolution. One of my Revolutionary War ancestors, Thomas Davis, fought and was taken captive in the SC Battle of Waxhaws. The Southern Campaign was fought mainly in SC with Francis Marion, Andrew Pickens, and Thomas Sumter leading the militia. The manor house of the Charles and Mary Moore house, built in 1760, is on the other side of town from us. It was a visit to this home called Walnut Grove that started this journey of writing about SC heroines. I have always loved history and enjoy walking where it happened. The protagonist of my first Revolutionary War book lived there. At age 55, all suddenly worked together to lead me toward that time in our history.

Sheila: Oh, Linda, that is funny. I am so not quirky! Probably too predictable and boring. I did throw a cooking pot at the wall one time, because I was angry at my mother for something she had said. It had water in it and is still a bit bent. It surprised both John and me that I literally “flew off the handle.” Laughter at my strange behavior was my response to what I did. (That took some resurrecting in my mind. I do know I have never thrown another pot, but I wonder what else I have forgotten!)

LM: Here are some quickies:
Sheila:
Mountains or Ocean for a vacation: I have never gotten over the love of the ocean. Daddy and Mother took us to Litchfield for a week every year, and the beach is still my go-to place for a deep breath.
Sweet or Salty for a snack: Love trail mix, because it has both.
Coffee or tea as your “go-to” drink: Coffee, please.
Summer, Spring, Winter or Fall as your favorite season: Spring and its flowers make me smile

Sheila: I have started writing a book about a Huguenot woman who emigrated to Carolina in 1685. From a blog post I wrote on her last year, I ended up being asked to speak about her at two events. Then I saw the original letter, written in French, that she wrote her brother in Germany in 1698 in a SC museum, and she captured me. Once again, I am pursuing a new century that includes the Three Musketeers, the Sun King, a voyage across the Atlantic in a small ship, and the very beginning of my birthplace, Charleston, SC.

Thank you, Linda, for asking me to put on my thinking cap for a while this afternoon. 😊


About Tales of a Cosmic Possum:

Sheila Ingle's husband John was brought up in Ingle Holler in Union, South Carolina with eight other Ingle families. They worked together in the mills, shared their gardens, attended church, and enjoyed the playing and singing of the songs from the Grand Old Opry, When five of the brothers went off to war, those who couldn't fight took care o their families. The Ingles stuck together, just like they were taught in the Appalachian Hills of Erwin, Tennessee.

Love of God, love of family, and love of country were modeled in each home. In face, one year Make Ingle put his sons and grandsons together to build Hillside Baptist Church. Adults kept up with the newspapers and the radios; world happenings were important. Any type of sickness brought a barrage of soup and cornbread, because children sill had to eat.

On those twenty acres, the children played in the creek, cowboys and Indians, and hide-and-seek. They build their own wagons and sleds to race down the hill on the dry, hickory leaves. All the boys learned to shoot a .22 caliber, and John's mother Lois could light a match with her shots.

Living in Ingle Holler was home, where each one was accepted.

Purchase Link: https://amzn.to/2HTQhbb
Posted by Linda Matchett at 1:30 AM