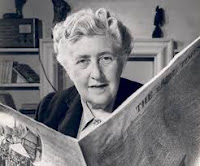 Agatha Christie, Margery Allingham, Dorothy Sayers, Freeman Wills Croft, Ellery Queen, John Dickson Carr, and John Rhodes. Some of the names you recognize, many you don’t, but they are all part of a cadre of writers who published mystery fiction during the time period known as the Golden Age of Detective Fiction. 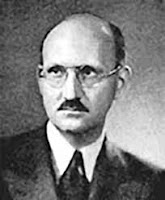 Most scholars agree the Golden Age occurred between the early 1920s and 1939, with noted crime fiction historian Julian Symons indicating that Philip Van Doren Stern’s article “The Case of the Corpse in the Blind Alley, published in 1941, “could serve as an obituary for the Golden Age.”

Ronald Knox, a Catholic priest who also wrote mystery fiction, created what has been referred to as the Ten Commandments of Detective Fiction:

Most of Golden Age writers have faded into obscurity with their books falling out of print, but thanks to several projects by publishers and authors around the globe, these novels are making a comeback and available in digital format. “Cozy” mysteries are said to be greatly influenced by the Golden Age, but in sheer sales numbers, modern detective fiction has never approached the popularity of the Golden Age writing.

What is your favorite Golden Age novel?