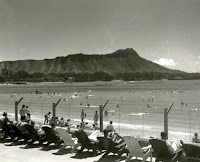 Under Cover (Ruth Brown mystery series, book 3) In the year since arriving in London, journalist Ruth Brown has put a face on the war for her readers at home in the U.S. Thus far, juggling her career and her relationship with Detective Inspector Trevor Gelson hasn't proven too challenging. The war gets personal for Ruth when her friend Amelia is murdered, and Trevor is assigned to the case.