Linda:  Thanks for stopping by. Congratulations on your recent release, The Rebel Bride which is part of the Daughters of the Mayflower series. What was your inspiration for the story and how did the opportunity come along to be part of the collection?
Shannon: Ohh…the story of how I came to be part of the collection is a little long and rather fantastical, but the short version is that a very dear friend and critique partner of mine—Michelle Griep, author of #3 in the series, The Captured Bride—recommended me to our editor Becky Germany, who then invited me to submit a proposal. That resulted in The Cumberland Bride, the title and essential concept of which was actually Becky’s. The Rebel Bride concept came a little later, and appealed because yes, I have a bit of a soft spot for the Confederacy. (Which I hope is apparent, especially after reading the story, is not the same as sympathy for slavery. . .at all.) Becky and I chatted back and forth about story ideas, and when she said she didn’t want a “plantation story,” well, then the ideas began to flow. I chose the Battles of Chickamauga and Chattanooga because it’s a lesser-known aspect of the Civil War and yet so pivotal—and the setting worked for my story idea.
LM: Your books are set in early America. What draws you to that era?
Shannon: Can you believe, the social and political complexity that is not so unlike what we face today? If only people knew … ahem. 😊 Anyway, living near Charleston, South Carolina, gave me ready access to all sorts of colonial and Revolutionary history, again from a lesser-known angle. I’m not sure why that era draws me more than, say, Civil War or later, but I find Civil War particularly difficult, emotionally.
LM: Do you have a set routine to prepare for writing (e.g. listening to music, etc.) and is there a time of day you are more productive? 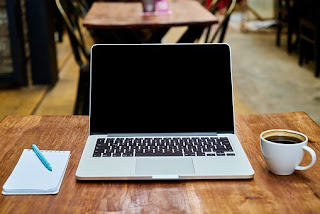 Shannon: I used to be more productive in the evening, but that isn’t always so, anymore. I am so not a morning person, but there’s something about getting up before the kids (I have only mid-to-older teens at home now, and we homeschool, and you bet I let them sleep in if they don’t have work or whatever because, well, the house is blessedly quiet!) As far as routine—morning, I get up, make sure dogs/bunny/cats are fed (the teens and I switch off on those depending upon the day/schedule), grab my coffee, do some Bible reading and prayer to center myself if I didn’t the night before. Essential oils can work wonders if I’m feeling stressed and/or uninspired. Sometimes I do listen to music, other times not. I had a couple of particular playlists that helped a lot with this story and the one I wrote after—the deadlines were back to back and pretty tough to get through. It used to be that I could really only write to instrumental music but weirdly enough that has changed somewhat, too.
I really like having long blocks of time where I can alternate between laying down some good word count and taking a quick social media break, or to do laundry or straighten something in the house. Days when I have appointments or errands are terrible for writing momentum.
LM: If your story was going to be made into a movie, who would you like to see play the main characters?
Shannon:  I really don’t know! I chose random photos from Pinterest for my character models, and I can’t think of any current actors who fit how I picture either of them…got any suggestions?? LOL
LM: What is one thing you’d like to learn how to do?

Shannon:  Properly execute a palm-mute strum on my guitar. Isn’t that silly? I’m one of those cliché guitar-playing worship leaders, and … suffice it to say that between focus on different musical styles and lack of time to devote to every area of interest during my busiest years as a mom (we have only 3 teens at home now, out of a total 8 children), I never learned it. And at my age, picking up newer techniques is, well, harder! But I’m trying. And annoyed that it doesn’t come easily. 😊

LM: Here are some quickies:
Favorite Season:  Spring and fall, although summers in North Dakota are exquisitely beautiful!
Favorite author: C.S. Lewis
Favorite Bible verse:  For I consider that the sufferings of this present time are not worthy to be compared with the glory that shall be revealed in us. Romans 8:18

LM: Can you tell us what writing projects are on your plate right now?
Shannon: I’m nearly done with a novella that’s part of a generational collection centering around a Nativity set. (By the time you post this interview, I’ll have turned it in, but—yeah.) The set is titled Love’s Pure Light and features Susanne Dietze, Janine Roche, and Deborah Raney. My story is The Wise Guy and the Star and is set in December 1919, right after WWI. After that, well, I’m praying about what’s next!
Linda: Where can folks connect with you?
Shannon:
Website: http://www.shannonmcnear.com
Facebook: https://www.facebook.com/pages/Shannon-McNear/462336880012
Pinterest: http://pinterest.com/shenandoahdawn/
Goodreads: https://www.goodreads.com/author/show/6880909.Shannon_McNear
Twitter: https://twitter.com/ShannonMcNear

About The Rebel Bride:

Can love form amidst tension of war?

During the clash between Union and Confederacy, quiet Tennessean Pearl MacFarlane is compelled to nurse both Rebel and Yankee wounded who seek refuge at her family's farm. She is determined to remain unmoved by the Yankee cause--until she faces the silent struggle of Union soldier Joshua Wheeler, a recent amputee. The MacFarlane family fits no stereotype Joshua believed in; still he is desperate to regain his footing--as a soldier, as a man, as a Christian--in the aftermath of his debilitating injury. He will use his time behind enemy lines to gather useful intelligence for the Union--if the courageous Rebel woman will stay out of the line of danger.ut of the line of danger.

Purchase Link: https://amzn.to/2O80aFB
Posted by Linda Matchett at 1:30 AM