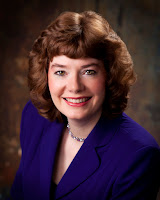 Linda:  Welcome back to my blog. I’m a huge fan of your work. Congratulations on Heavenly Lights: Noah’s Journey that released just last week. How did you decide to write about this particular biblical character?

Barbara: Thank you for having me back on the blog, Linda.

In Heavenly Lights, I follow the daughters of Zelophehad into the first chapters of the book of Joshua. I was going to leave the brave girls after they crossed the Jordan River and settled in Canaan, but they didn’t have their inheritance of land. I couldn’t leave them yet. Noah is front and center in this novel, but her four sisters are still around to support and encourage her.

LM: What is something you learned about Noah during your research that really stuck with you? 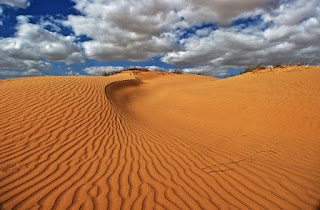 Barbara: As the daughters of Zelophehad travel into God’s promised land, they are confronted with the sin of Achan and its ramifications on the whole Israelite camp. Thirty-six men perished in the battle for Ai because Achan stole from God. Achan must not have thought much of God to believe God wouldn’t know that he had hidden gold, silver, and an ornate robe in his tent. I always thought the stoning of Achan and his family was a harsh punishment until I studied the Scripture. Achan caused the death of others and put the entire camp in peril. He thumbed his nose at God’s sovereignty after seeing God’s miracles. One interesting fact is that the Scripture mentions Achan’s children, but not a wife (Joshua 7:24-25). Perhaps his wife had died in the desert. If she had lived, maybe she would have told him to stop digging in her tent and seek forgiveness from God.

LM: If Heavenly Lights was going to be made into a movie, who would you like to play the main characters?

Barbara: Oh, Jeremiah is easy. I would cast Nyle DiMarco as my silent shepherd. Nyle amazed me on Dancing With The Stars when he won the competition. Nyle is deaf like my character Jeremiah. I don’t know how Nyle kept time with the music. I enjoyed Madeline Carroll in the movie I Can Only Imagine and think she would handle the role of Noah well.

LM: How do you get your ideas about which characters from the Bible you’d like to write about?

Barbara: I heard about Jesus in the third grade, but I didn’t hear about the daughters of Zelophehad until a few years ago when a friend mentioned them in Bible Study. How had I missed them? Their account is mainly in the book of Numbers and they are mentioned briefly in the book of Joshua. I read the Scripture and decided to write their groundbreaking story.  I enjoy writing about Bible characters that readers haven’t heard much about. I love learning about these inspiring characters as I write my story.

Barbara: I would like to be a seamstress that could create dresses and pants. I am fairly tall, and I always have trouble finding pants and skirts that are long enough. I prefer my dresses on the longer side too.

Barbara: I am currently working on another Biblical story, but I have a Historical releasing in June called “Until June.” My tag line for the story is: When a young seamstress agrees to take care of a WWI amputee in a remote Alaskan lodge, there’s enough friction to melt a glacier. If you liked “Me Before You” but disliked the ending, then “Until June” is for you.

Noah bat Zelophehad might have broken tradition by being able to inherit her father’s land, but her heart’s desire is to have the finest herds in all of Israel, something an orphaned and unmarried woman has never achieved.

Jeremiah ben Abishua cannot speak, nor hear. God has made his thoughts captive to his mind. But he can communicate with one shepherdess, a woman who sees his skill with animals and treats him like a man worthy of respect.

When their people disobey God and incur his wrath, Noah and Jeremiah must overcome tragedy in order to change perceptions in the tribes of Israel. Will their kinship desire to care for one another and the four-legged creatures God has placed in their care, be able to flourish in a land filled with enemies of the One True God?

God gave Noah bat Zelophehad four sisters, a way with four-legged creatures, and a strong spirit. She will need all three gifts to thrive in the Promised Land of God and find love with a special shepherd.