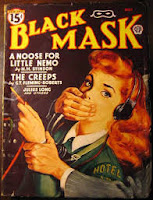 Saturday’s release of Under Cover, the third book in my Ruth Brown mystery series, I’m focusing on mystery fiction in the U.S. and Britain. The two decades prior to WWII were considered the Golden Age of Detective Fiction, and up until the 1950s the Hard-Boiled School of Detective Fiction was also popular. But what happened to books during the war.

In England, the publishing industry nearly became extinct. Like almost everything else in the country, paper was rationed beginning in 1940. When France fell in June of that year, the UK lost access to the raw materials used to make paper, so publishing houses were limited to 65% of their 1939 usage. By the following year, that amount dropped to 35%. After all the government needed the paper. Ration booklets, signs, pamphlets, armed forces training manuals, memorandums, and orders. By the end of the war, the government used twice as much paper as the commercial industry.

The U.S. was in the same position.

Yet both countries recognized the importance of reading, especially for the troops. Initially, the United States collected hundreds of thousands of books through their Victory Book Campaign, but issues of size, weight, and unsuitable titles made the program unfeasible. In 1943, the nonprofit Council on Books in Wartime was formed and came up with idea for paperback books designed to fit into soldiers’ pockets. Named Armed Service Editions, over 1300 titles were printed.

Penguin Books, co-founded in 1935 by Sir Allen Lane with his brothers Richard and John played an integral part in the war effort. Not only did they publish important wartime manuals, they supplied books for the Armed Services and the British POWs through the Red Cross through the Forces Book Club. The company printed six hundred titles and began nineteen new series over the course of the war. As part of the Book Production War Economy Agreement, Penguin eliminated dust jackets, trimmed margins, and replaced sewn bindings with metal staples.

Despite the challenges, these two Allied nations ensured their people continued to have the opportunity to read.

What is your favorite book?