Linda:  Welcome to my blog. It’s such a pleasure to have you. Congratulations on your latest release, When Waves Break.  What was your inspiration for this story?

Allison: Thank you so much! When Waves Break is the sequel to my first book, War-Torn Heart, so the timeline makes sense to follow the children of a WWII veteran. I chose Myrtle Beach as the setting as that is where I spent my teen years in the 1990s. I wanted to write a story that was very raw and gritty but focused on redemption. A Christian life doesn’t mean it’s free from despair, as we see with twins Eve and Juliette Nicholas.

LM: Research is an important part of writing any book. How do you go about doing research for your story? 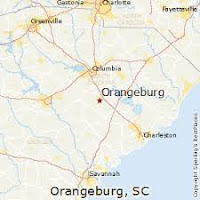 Allison: It was interesting researching something that didn’t happen that long ago. I used my own mother as a research tool into fashion, social and societal norms and the like. So much of the story has to do with civil rights, so it was eye-opening to read about what happened in South Carolina in the late 1960s. There is one event that happens in Orangeburg that worked perfectly for this story, so when you read about it, know that it was a true event, only my character’s involvement is fictional.

LM: What do you do to prepare yourself to write (e.g. listen to music, set up in a certain location)?

Allison: I do like to listen to music that is appropriate for the time and setting. I grew up on those rock bands of the late 1960s, so I felt right at home and got into a good rhythm. I also find it easier to write if I don’t see a pile of dishes or laundry staring at me (so I turn away from them! Haha!).

Allison: When I was young, I would sit in the coat closet of my grandparents’ house and read books like Heidi and The Little Princess (both are some of my favorite Shirley Temple movies as well). As an only child, books were my constant companions.

LM: What is something you have always wanted to learn how to do?

Allison: Play piano. I was a trombone player through school and college, which I have always loved, but I wish I had learned piano. There’s something so magical and elegant about the piano.

LM: Here are some quickies:
Allison:
Favorite Season: Autumn. The colors, the crisp smells, the cozy sweaters. It’s perfection.
Favorite Movie: A League of Their Own. There’s no crying in baseball.
Favorite place to visit: Savannah, GA. It’s my happy place. You can’t be unhappy in Savannah.

Allison: My next book is called Bell of the Night and it again is a clean Christian book that takes a raw and edgy look at life in 1915 New Orleans’ Storyville District. Be looking for it later this year!

About When Waves Break:

One summer, one night, one mistake, and everything changes for Eve and Juliette Nicholas.

For the Nicholas twins, life is just beginning, until one summer of misguided love forces the twins to doubt everything they've ever believed. Eve and Juliette are the daughters of a preacher, raised to hold love in high esteem, although they may disagree on how to share it. As high school graduation looms, they must question the cost of love, and what it may mean for their futures.

The summer of 1968 is one of change for both the Nicholas twins and the nation. With Martin Luther King, Jr.'s speed fresh in everyone' minds, racial tensions are high and threaten to shake the very foundation that once held the twins together. Through it all, will the bod that Eve and Juliette share be broken? Can love truly endure all things? OR will their mistakes always haunt them?

Set during a time of racial instability, When Waves Break sheds light on the equality ad redemption we all have in Christ.