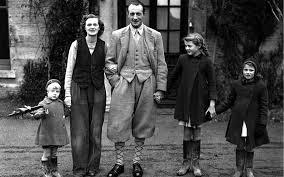 Most avid mystery readers are familiar with Daphne du Maurier’s Rebecca, having heard of it even if they haven’t read the book. Published in 1938, the novel is considered part of the gothic subgenre of mystery due to its gloomy and decaying setting, damsel in distress, psychological terror, romance, and last but not least, mystery.

In 1937, Daphne signed a three-book deal and accepted a £1,000 advance. Stationed in Egypt with her husband who was a lieutenant colonel with the Grenadier Guards, she managed to get about 15,000 words into the novel before tearing up the fledgling manuscript. She cabled her agent to notify him of her anticipated failure to finish the book on schedule. Upon her return to Britain in December of that year, she sequestered herself from friends and family and pounded out the story in four months. After reading the manuscript, her agent predicted that it would be “a rollicking success.” His prediction was an understatement.

Rebecca’s initial print run was 20,000, and sold almost twice that number in the first month. The books has never gone out of print. Between 1938 and 1965, the novel sold almost three million copies. One report indicates that the book continues to sell about 4,000 copies each month, and has been translated into almost two dozen languages. It has been adapted to stage, screen, and radio numerous times, with Daphne herself writing a play in 1939. Hitchcock’s 1940 adaptation starring Joan Fontaine, Laurence Olivier, and Judith Anderson won the Academy Award for Best Picture. Hollywood Production Code required Max to be punished if he had murdered Rebecca, therefore, the plot was changed to make it seem her death was accidental.

Daphne’s accomplishments should be no surprise. She was born in London on May 13, 1907 into a creative and successful family. Her parents were both actors, and the author’s official website calls him a “matinee idol of his day.” Her grandfather was an artist and writer. She and her two sisters were raised in a privileged environment in Hampstead, and the family purchased a holiday home in Cornwell when Daphne was in her teens. Perhaps the hours spent there combined with her love of the literature of the Brontë sisters is what inspired Rebecca. (More than a few commenters have noted parallels with Charlotte Brontë’s Jane Eyre.)

In intriguing aside involves the use of the book by the Germans during World War II as the key to a book code. Sentences would be made using single words from the book, referred to by page number, line, and position in the line. One copy was kept in Rommel’s headquarters, and the other carried by Abwehr agents into Cairo. It is believed the code was never used because of the radio section of the headquarters was captured, and thus the code suspected of being compromised.

I couldn’t find any references as to whether Daphne found out about the Germans’ usage of her book and wonder how she felt had she known. I would imagine, it was a dubious honor to be so well-known.

Have you read or seen Rebecca?