I'm excited to announce the release of Love at First Flight. I've been fascinated with the Women's Air Service Pilots since I first learned about them many years ago. I can't imagine what it must be like to fly a plane and admire anyone who can do so. The WASP program lasted less than sixteen months (with the Women's Auxiliary Flying Squadron starting the year before), yet made a great impact on WWII. Freeing men for combat these 1,074 women ferried planes, towed targets, and tested new aircraft. I hope this story honors them, especially the thirty eight who lost their lives in service. 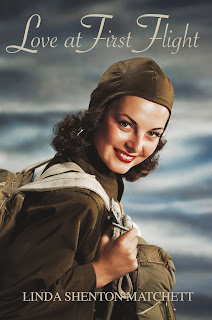 Love at First Flight is an Amazon exclusive. You may purchase the book or read it through your KU subscription.