Traveling Tuesday: A Day in the Life of a Lighthouse Keeper

Traveling Tuesday: A Day in the Life of a Lighthouse Keeper

With the exception of Brewster Light in the Boston, Massachusetts harbor, the remaining 278 U.S. lighthouses are automated. But for over 250 years, men and women toiled to maintain these navigational structures.

A keeper’s job wasn’t quite a 24-hour job, but it could be. Rising before dawn, he or she was responsible for numerous routine duties, the most important of course being to keep the light illuminated according to a daily schedule. The schedule varied from station to station, depending on location, weather conditions, and other factors. During severe storms, the light had to be operational 24 hours a day until the storm was over.

Other duties included keeping the lens cleaned and in working order, cleaning and polishing the brass fittings, and keeping the outside windows clear in all weather (rain, snow, sleet, and ice), making repairs to the lighthouse and any other buildings, and keeping the property maintained. Logs were an integral part of the job as well. The keeper was required to account for every item used on the station, both as a past activity and to determine what supplies would be needed for the following season. A daily event log was also required.

Salt air is corrosive, and as such, peeled paint from the wooden and metal structures, so the keeper 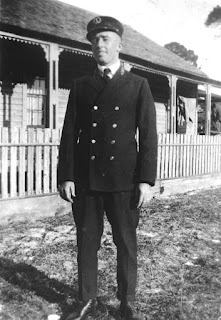 spent an enormous amount of time painting. Says James Sheridan who grew up during the 1910s at Saugutuck Light where his father was a keeper, “Things that I remember mostly about his duties, were, there seemed to always be a paintbrush in his hand. The government put great stock in painting. They painted and they repainted and they painted, until paint usually built up so it had so many coats there were no sharp edges at all anymore. Not such a thing as a sharp edge in any corner of a piece of wood. It always had a curved edge.”

From 1791 until 1852, the Treasury Department’s Lighthouse Establishment had jurisdiction over the lighthouses and keepers, however it wasn’t until1852, when the United States Lighthouse Board was created that keepers were given written rules. Two more editions were issues, their third of which had eighty-seven pages and outlines 131 separate tasks keepers were to perform. The Board operated until 1910 when the Lighthouse Service was created and moved under the Department of Commerce. In 1939, the Service was merged with the U.S. Coast Guard.

During the winter months when travel was at a minimum or nonexistent depending on location, lighthouses would shut down, leaving the keeper with long hours to fill. Reading was one of the many hobbies a keeper developed. In response, the Lighthouse Service began to assemble and distribute portable libraries to the lights in 1876. A typical library consisted of fifty books, usually a mix of history, fiction, poetry, scientific works, and a Bible. At first, the libraries remained at the station for six months, however, because of their popularity, they moved every three months.

Would you have wanted to do this job?

Legacy of Love (Keepers of the Light)