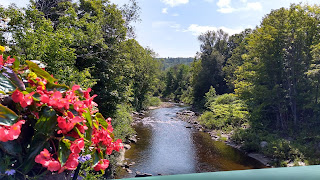 I can’t help myself. Whenever I travel, I research the history of the area I’m visiting. This week is no different. We are holed up at our timeshare in Vermont, so today you’ll be traveling to Wilmington, a small village of about 2,000 people in the southern part of the state. Like my own town of Wolfeboro, NH, Wilmington was chartered by Benning Wentworth, the colonial governor of New Hampshire.

Wentworth was granted the governorship in exchange for dropping claims against the British government for monies he was owed from Spain that went unpaid because of poor diplomatic relations. One of his responsibilities was to grant patents of unoccupied land, and in 1749 he began to make grants in western New Hampshire and southern Vermont. Savvy and unscrupulous, he enriched himself by selling land to developers that wasn’t his to give (the acreage was part of New York). He often named new townships after himself (Bennington) or his contemporaries (Rutland is named after John Manners, 3rd Duke of Rutland) in an effort to gain support for his enterprises. As a result, there were numerous land disputes through the years, some of which weren’t resolved until Vermont became a state in 1791.

The second least populated U.S. state, Vermont is one of four states that were previously sovereign 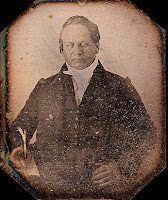 states (with Texas, California, and Hawaii), having been declared the Vermont Republic in 1777 during the Revolutionary War. The first state to abolish slavery, Vermont was also the first state to produce an African-American university graduate, Alexander Twilight, who received his degree from Middlebury College in 1823.

Bordered by Canada to the north, Massachusetts to the south, New York to the west, and New Hampshire to the east, Vermont is the only New England state that doesn’t border the Atlantic Ocean. The four-hundred mile long Connecticut River separates Vermont from New Hampshire.

Wilmington is a perfect example of a 19th century village. Nestled in the Deerfield Valley of the Green Mountains, the village has more than sixty historic buildings and examples of eight styles and periods of architecture ranging from Late Colonial to Queen Anne. The Crafts Inn, a wood-frame hotel on Main Street and the adjacent Memorial Hall are Late Shingle-Style built in 1902, and are the work of Stanford White, America’s foremost architect of the time. Formerly Child’s Tavern, the Crafts Inn can boast such visitors as President Taft and Admiral Perry. Pettee Library is Greek Revival, its front entrance a classic portal with Ionic columns and a heavy oak-paneled door. The oldest building is the 1760 Norton House, a Colonial Cape style structure that was dragged to its present location by oxen sometime in the 1830s.

One of Wilmington’s more famous residents was Elswyth Thane, author of more than thirty novels in 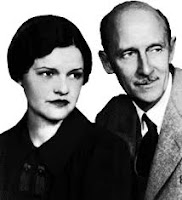 her fifty year career. She is most well-known for her Williamsburg series published between 1943 and 1957. The books cover several generations of two families from the American Revolutionary War to World War II. I discovered her work when I inherited my maternal grandmother’s book collection, a treasure trove that also includes nearly all of Grace Livingston Hill’s novels.

Have you visited this gorgeous, historic area?