One of four U.S. states constituted as a commonwealth, Kentucky was originally part of Virginia. Bounded by the Ohio River to the north, and the Appalachian Mountains to the east, it is famous for horse racing, bourbon distilleries, coal, and blue grass music. However, during World War II the “Bluegrass State” turned its attention to other things. 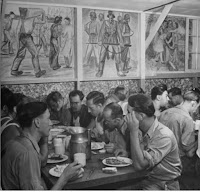 Like many other states, Kentucky became the home to several thousand prisoners of war, mostly German. The POWs were absorbed into the workforce to take the place of the men who had left for the armed forces or defense jobs. Bobby True recalls his father contracting with the government to use the prisoners on his 800-acre farm. In some cases, friendships developed. One farmer stated, “I made a friend with one of them. His name was Hans and after the war I kept correspondence with him. He lived in Munich.”

An interesting change took place on some of Kentucky’s farms. Because of Japan’s attack on Asia, the major producer of rope, many farms converted from food and tobacco production to hemp-a crop used to make rope for Navy ships. 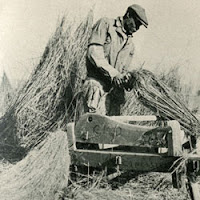 Kentucky also became the location of factories, three hundred in Louisville alone that employed nearly 75,000 workers. Production included weapons, vehicles, equipment, tools, and canned goods. The city became the world’s largest manufacturer of artificial rubber, and the Ford plant produced more than 100,000 Jeeps. Shipyards in Jeffersonville did their bit and built water craft by the hundreds.

Fort Knox also expanded to include an air base. Other air bases were created, including Fort Campbell in Hopkinsville and Bowman Field in Louisville. Of the more than 300,000 Kentuckians who served, 7,917 gave their lives in the ultimate sacrifice.