Angela K. Couch, The Return of the King’s Ranger

Congratulations Anne Rightler! You are yesterday's winner of Yowza! All the Books! giveaway. You have a won an autographed copy of She Walks in Love by MaryLu Tyndall. Watch your email for official notification.

Grab a cup of your favorite beverage and get to know today’s featured author, Angela K. Couch: 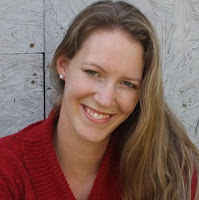 I am the lone Canadian in our giveaway, but I also lived in Russia for sixteen months as a missionary where I learned the language and made many friends. I am trained in several different types of martial arts which makes me a pro at writing action scenes. In fact, I’ve been known to choreograph the fight with anyone who happens to be around (so don’t stand too close!)

My first book in the Hearts at War series, The Scarlet Coat, was my debut novel, and it released in January 2017. I am very excited to finally see it complete! I have wanted to be an author as long as I can remember. In fact, before I could write, I drew squiggly lines across page after page, “writing” a book.

My favorite part of being an author is revising. Research is interesting, writing is fun, but I love when everything comes together and becomes polished.

Our lives are busy, but when we do get away, my idea of the perfect vacation includes mountains, my family, and a warm sun. And water to play in too, of course!

About Angela:
To keep from freezing in the Great White North, Angela K Couch cuddles under quilts with her laptop. Winning short story contests, being a semi-finalist in ACFW’s Genesis Contest, and a finalist in the International Digital Awards also helped warm her up. As a passionate believer in Christ, her faith permeates the stories she tells. Her martial arts training, experience with horses, and appreciation for good romance sneak in there, as well. When not writing, she stays fit (and warm) by chasing after four munchkins.

About The Return of the King’s Ranger:

The war for American freedom is over, and the British have gone back to England. Myles Cunningham wants to go home as well, not knowing what has become of his family since he was forced into the Continental Army nine years earlier. He returns to the Mohawk Valley with the understanding that he is believed to have been shot for deserting—fiction that might be made real if anyone recognizes him as the son of a Tory, and a King’s Ranger.

Everything is wonderful in the growing community along the Mohawk River, except Nora Reid is still alone. With her brother happily settled and both of her younger sisters starting families of their own, Nora feels the weight of her twenty-four years. A long walk leads her to the overgrown rubble of the Cunningham homestead where a bearded stranger begins to awaken feelings she’d lost hope of ever experiencing.

With secrets abounding—including whether Myles even cares for her—Nora must determine what she is ready to give up and how far she will go to secure his affections. She begins to break through his defenses, but Myles can’t risk staying. Not if he loves her.

Your turn!
Visit Angela’s website to be able to answer the following question to be entered into today’s giveaway of The Return of the King’s Ranger: What is Angela’s tag line?

a Rafflecopter giveaway
Posted by Linda Matchett at 1:30 AM