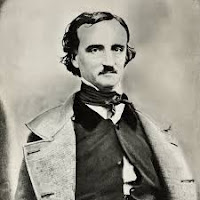 If Edgar Allan Poe is often referred to as the father of the American detective story, who is its mother? Many scholars believe the answer to be Anna Katharine Green, born in Brooklyn, New York in 1846. (Metta Fuller Victor published The Dead Letter twelve years earlier, but the book was the only piece of full length mystery fiction she released, instead focusing on dime novels and short magazine stories.)

Anna graduated from Ripley Female College (now Green Mountain College) in 1866. Having met Ralph Waldo Emerson, she developed poetic ambitions which failed to gain much recognition. She turned her hand toward mystery novels, and her first novel The Leavenworth Case initially sold over 150,000 copies. Over the course of fifteen years, the book sold nearly three quarters of a million copies-a staggering number at the time. The story featured her fictional detective Ebenezer Gryce who “was not the thin, wiry individual with the piercing eye you are doubtless expecting to see. On the contrary, Mr. Gryce was a portly, comfortable personage with an eye that never pierced, that did not even rest on you.”

She published two more novels, A Strange Disappearance (1880) and Hand and Ring (1883) that sold well, but never met with the success of her first book. In 1884, she married Charles Rohlfs, a struggling actor nine years her junior. Unable to find success in theatre, he turned to furniture making. Anna and Charles had three children: one daughter and two sons (who both had careers in aviation as test pilots).

Over the course of her forty-five year career, Anna published forty novels, and is credited with developing the series detective. In three of her books, Gryce is assisted by society spinster Amelia Butterworth, a prototype of Miss Marple, Miss Silver, and others. Anna also invented the “girl detective” when she created Violet Strange, a debutant with a secret life as a sleuth.

Although hardly high literary work, her stories were tightly plotted and well-constructed. She used her father’s expertise as an attorney to ensure accuracy and realism. Some of her innovative plot devices include newspaper clippings as clues, expert witnesses, and the coroner’s inquest. So accurate was her work, Yale Law School used her books to demonstrate the danger of relying on circumstantial evidence. An interesting aside is the anecdote that says The Leavenworth Case sparked a debate in the Pennsylvania State Senate as to whether the book could “really have been written by a woman.”

Anna’s influence and popularity were so great that Arthur Conan Doyle sought her out during his 1894 visit to the U.S. Despite her “progressiveness,” she did believe women should get the right to vote. She passed away in 1935 at the age of eighty-eight.

The Widow & The War Correspondent: A WWII Romance

Pre-order Link: https://amzn.to/3bzMgVn
Posted by Linda Matchett at 1:30 AM