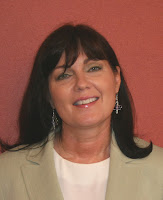 Linda:  Welcome to my blog. Congratulations on your latest release, A Special Kind of Double. What was the inspiration for the story, and why did you decide to enter the realm of romantic suspense?
Trish: Thanks, Linda! Actually, my reading practices led me to writing romantic suspense. I found myself reading far more suspense than I have in the past, so the genre began to rub off on me. In August 2018 I released A Midnight Clear, a romance which had an element of suspense to it, and I felt compelled to heighten that suspense in the next book I wrote. When Winged Publications looked for romantic suspense, I jumped at the chance.
Linda: What sort of research did you have to do for the story? Did you unearth any tidbits you knew needed to be included?
Trish: I was fairly new to the Los Angeles area, and I set the book there, so that required some research into the sites I used in specific scenes. Since writing the book, I’ve been to some of the places I included in the book, which was a lot of fun, after the fact. I also did practical research to learn which elements were needed to keep the book suspenseful—sometimes as readers we don’t notice those elements, but we notice a lack of intrigue if they’re missing.
LM: You moved from the Northern Virginia/metro Washington, DC area to California. How has the move/change in location impacted your writing?
Trish: I’ve written books set here in California before—both Beach Dreams and Sunset Beach are set in Mission Beach, San Diego—and I’ll likely set more books in California, now that I live here. As far as how the move itself has affected my writing, I’m currently living with my daughter’s family, rather than on my own (which I’m more used to). Life has become quite a bit more interactive, especially with regard to my grandchildren. So, it’s taking a while for me to find my footing, schedule-wise. It’s a season, and I want to follow God’s will. His will appears to involve my focusing more on family than on my regular writing schedule. But that will change again, I’m sure.
One unexpected outcome from my move is that I’ve essentially retired from my day job, so eventually I expect to have more time to focus on writing.

LM: What do you do to prepare yourself for writing? For example do you listen to music or set up in a specific place?
Trish: I always prefer writing at my Mac, and although I’m not ADD, I absolutely cannot focus on my writing with music or noise going on around me. So, you can see how living with kids in the house has affected my writing, lol. My creative flow often gets going by reading good books and watching creatively written films and television. When I have a basic idea for what I want to write, I put together a loose outline, plotting out the major plot points. That's usually enough to get me into my first chapter, and there are often significant changes to my initial idea as the story unfolds. Structured but flexible–that's key for me.
LM: What are some of the lessons you’ve learned on the path to publication?
Trish: I learned in my first few years of publication that you needn’t worry if something you write doesn’t make it to publication. If you’re a writer, you just keep on writing. Maybe your work will find a publisher later, and maybe it won’t. But you’ll always be able to come up with new storylines, God willing, and the experience helps you grow as a writer.
I’ve also learned that, if a story or a scene is dancing around in your head, you need to get it down! Either jot it down (or enter it into your phone) enough to bring it back later, or get to your computer and type it up. Those ideas flit through one’s head sometimes, and even the best ones have a way of disappearing. Creative thoughts don’t just show up every time you sit down to write, and you can’t always wait for them, especially if you’re under a deadline. Treasure your creativity when it’s high!
LM: You live in a beautiful area of the country, one which many people choose to visit. If money were no object, what is your idea of the ultimate vacation?

Trish: Yes, this area is gorgeous, all year long. I’ve long dreamed of living in this kind of climate, so I’m thrilled that my kids and grandkids all moved out here from the east coast, which was my final incentive.
Obviously, this year travel has become taboo for the most part. But I’ve done very little travel overseas. I’d love to go to Great Britain. My mother was British, and I’d like to visit where she lived and where she and my U.S. Air Force father met and dated before they married and moved to the States.
LM: What is the quirkiest thing you’ve ever done?
Trish: Goodness, that’s a tough one. I suppose one of the weirdest things I’ve ever done was when I was married and quite pregnant, my husband and I dressed up for a big costume contest at a dance club in downtown Washington, DC. This was during the disco days, and I dressed as a very fat man in one of my husband’s stylish three-piece suits and a ridiculous fedora hat, and he squeezed himself into a very stretchy dress of mine. His hair was longish, and we used a curling iron on it, so it looked a bit like a middle-aged woman’s hair. I penciled a mustache and five-o’clock shadow on my face and full makeup on his. We were without doubt the most unattractive couple there. But we won second place.
LM: What are you currently working on?
Trish: I’m in the early stages of either a novel or a script, and I can’t decide yet which I want it to be. I want to write a contemporary version of one of my favorite classic novels, and it won’t be an easy undertaking. I’m praying for guidance on this one. I’m studying scriptwriting--it seems like a sensible thing to do, living in L.A.!
LM: Where can folks find you on the web?
Trish: My website is http://www.trishperry.com
My Amazon author page is https://www.amazon.com/Trish-Perry/e/B001IOFFKW?ref=sr_ntt_srch_lnk_1&qid=1585698617&sr=8-1
My Facebook page is https://www.facebook.com/TrishPerryAuthor/
I’m new to Bookbub, and I’d love followers, if your readers are so inclined! My Bookbub page is https://www.bookbub.com/search?search=trish+perry
Thanks, Linda!
About A Special Kind of Double:

Franny and Grace Otterbridge were always the closest of sisters. But after their father's death, Grace veered off in a different direction. Now, Franny feels she's lost her. Literally-Grace has gone missing. Franny assumes she's taken off on another wild hair, but signs soon suggest otherwise, Franny accepts amateur sleuthing help from new flame Nevan Burns, a young fine artist (who's also a fine young artist). He proves himself more than good company, and Franny finds herself swinging from one emotion to another, from joy to fear, from anticipation to dread. She's not equipped to search for Grace alone. She's even less prepared for what she finds.
Purchase Link: https://amzn.to/2LeLliv