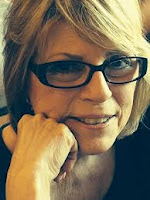 Linda:  Thanks for joining me today. Congratulations on your latest release When Hearts Entwine. The plot sounds intriguing. Where did you find your inspiration for this series and the story?
Bonnie: Thank you, Linda, for inviting me. I need to clarify a bit about When Hearts Entwine. It is a standalone and not part of a series. Also, it is not a recent story, but a book with a reinvented cover and title that was chosen by suggestions from clever followers on my Facebook author page. It might be confusing for readers to click on the link below the cover and see A Cup of Love as the title. But, it’s really When Hearts Entwine.
LM: Research is a large part of any book. How did you go about researching When Hearts Entwine, and did you discover any extra special tidbits of information?
Bonnie: This is one story I did very little research for. I based it on a cooking class I had taken and loved. Many of the minor characters are developed from memory. Erik, the hero, is a total fabrication, so I made him a dream hero ~ a handsome hunk EMT, angry, confused, but with a soft heart. Jillian, like many of my heroines, works in education. The story takes place in my former home town, Newport Beach, California. I did have to research some of the food referred to, especially Erik’s favorites, Danish pastries. I was mostly familiar with the Swedish food since I grew up with a Swedish grandmother. I researched the various types of fish served in Sweden. A lot of it in the ugh category. Although since we visited Sweden I love to have cold salmon for breakfast.
I want to make it clear that this story is not really about food, but about complex emotions. Mostly hurt, anger and redemption. The food part is fun background.
It’s also about healing and expanding horizons of faith. The Prayer of Jabez in 1 Chronicles 4:10 is prominent to the story, and to Erik’s sometimes shaky beliefs. There is also a substory about Josh, a Muslim student of Jillian’s, who embraces Christianity but fears ostracism from his family. So, there is definitely more complexity than food. But I’ve been told the food references make readers’ mouths water.

LM: Do you do anything special to prepare yourself for writing? (E.g., listen to music, set up in a certain place)
Bonnie: I write in my den surrounded by photos of my grandchildren and the mementoes they’ve Wine, because no great story ever started with salad. But what’s funny about it to me is the first story I wrote (now shoved under the bed) was inspired while I was making a salad.
given me over the years. I am an only child, so I like quiet. I have a funny little plaque that says

LM: What is your favorite part of the writing process: creating story ideas, researching, writing, editing, or something else?
Bonnie: Definitely not editing! I enjoy editing for others, but hate doing my own. I self-edit each manuscript at least five or six times, and I always miss something. The process I enjoy the most is creating the story in my head, then seeing where it goes. I am a seat of the pants writer who lets her characters lead the way.
LM: How do you decide where to set your stories?
Bonnie: Most are set in Newport Beach or Scottsdale, Arizona, my former home and my current one. Some are combo settings with characters traveling between the two. One book is set in Pennsylvania where I grew up. I don’t like the idea of making up a town, especially since I don’t write cozies.
LM: Here are some quickies:
Favorite season: Winter in Arizona and the beginning of Spring when our resident mockingbird tells me it’s 5 am.

Favorite place to visit: Can’t go anywhere now, can we? But I loved visiting Scotland and Sweden years ago. I’ve gone back to Newport Beach several times, but it’s sad to see how much it’s changed. Other than cities or countries, my favorite place to visit is Steinmart!
Favorite author: Deb Macomber. I collect her books and have two packed shelves of them. The two other authors who inspired me are Bev Rainey and Randy Alcorn. I sure wish I could tell a story as beautifully as any of the three. One of my favorite secular authors is Carolyn Brown who writes clean, compelling fiction.
LM: What is your next project?
Bonnie: Natalie’s Red Dress, the final book in my Candy Cane Girls Series. Also, author Gail Kittleson and I are talking about writing a devotional together. I have several pre-written stories and some on the back burner that need to be completed, plus a few short stories and devotionals.
I have a short story, never published, that won second place in The Writers Digest Short Story Contest in 2008. WD only published the first place winner, but it sent me a $500 check! I’m still deciding whether to publish it. Maybe, someday . . .
LM: Where can folks find you on the web?
Bonnie: www.bonniengstrom.com
www.facebook.com/bonnieengstromauthor
bengstrom@hotmail.com
Bonnie is giving away an ebook or signed paperback to one commenter. Please join the conversation for your chance to win.

About When Hearts Entwine: The cooking class was to be a respite for Jillian from her stressful job as a high school guidance counselor. Was meeting co-student Erik who carried baggage of guilt for his parents' murder and his unique way of witnessing an invitation to emotional disaster? Caught between "friendship" with Erik and her politically incorrect support of Josh, a Muslim student turned Christian, Jillie almost lost her faith in love.
Purchase Link: http://www.amazon.com/dp/B012UGG04G
Posted by Linda Matchett at 1:30 AM