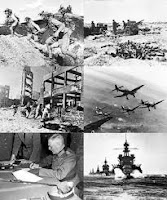 World War II has been studied by scholars, students, and history buffs since the day the guns fell silent and surrender documents were signed. Over the years I have read hundreds of books and watched thousands of hours of interviews and documentaries. The more I study, the more I realize I’ve merely scratched the surface of the conflict.

As time passes, more information comes to light as documents are declassified and people decide to tell their stories before they die. A topic I recently researched to ensure accuracy in my book Love’s Rescue, is the liberation of Paris. It has been interesting to discover who was involved and who was not.

I was sure the British were there. After all, France is just across the English Channel. Turns out the British didn’t arrive until several days after the City of Light was freed from the Germans. Also turns out the Office of Strategic Services (OSS), precursor to the CIA was heavily involved, prior to and during the liberation. I shouldn’t have been surprised. The OSS is a spy agency, and intelligence, subterfuge, and espionage played a crucial part in the event.

My search of documents from the National Archives and the CIA provided fascinating insight into the thoughts and activities as the war neared its end. One report indicated that having worked in league with the French Resistance, the OSS’s role came to fruition once the liberation of Paris occurred. Another report estimates that nearly eighty percent of the intelligence received prior to D-Day and the subsequent liberation was thanks to the 225 OSS agents stationed in France. Activities included:
Once France was safely back in the hands of its leaders, the OSS could focus its sights on the remaining European Theater of Operation and the Pacific war which would not be over for another eight and eleven months respectively.

Love's Rescue is now available! Pick up your copy today of this tale of faith and hope inspired by the biblical story of Rahab and set during the liberation of Paris in August 1944. Available for a limited time for only $0.99 from these fine retailers: