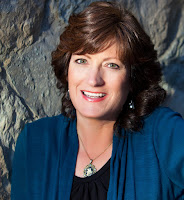 Linda:  Welcome back and thanks for joining me today. My readers love historical fiction, so they will be very excited to hear about your latest release, Forever, Lately: A Regency Time Travel Romance. It sounds intriguing. What was your inspiration for the story?

Linore: The idea of a novelist traveling between Regency England and the current U.S. was with me a long time. I wrote dozens of scenes over the years of how it would go. Even after my agent failed to sell the proposal back around 2012 or so, I couldn’t let go of the story. I battled with several ideas, changed it and rewrote much of it. In the end it became a crossover book, clean but not “Christian,” and it turned out that’s exactly what it needed to be. When I was struggling to keep it distinctively Christian, the story was floundering. When I let go of how I felt I “should” write it, and just wrote the story as it came to me, it grew much stronger and focused. And a lot of fun, incidentally! 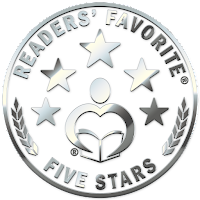 Linore: I never intentionally write anyone into a story, but I think all writers are inevitably influenced by their experience of people. In some stories, I think about what type of person I need to fulfill a role, and so character creation starts there. Other times, I may be writing a character and realize their traits aren’t adding to the plot. So I’ll decide what trait they need to make the story stronger, and give it to them. If I need to go back to chapter one and rewrite that character, I’ll do it. I believe it’s all about story.

LM: Research is an important part of writing, but since time travel wasn’t an option, how did you research Forever, Lately?

Linore: I began researching the era back when I decided to write a Christian Regency romance. At the time, there were no authentic Regencies for Christian readers and I wrote my book specifically to fill that gap. The first book took tons of research and that was before the internet. (I became very familiar with the resources of my local library.) After that book and two sequels, I took time off to write books in other eras and a series of contemporary suspense novels. But my love of the Regency has never faded. It’s great fun to be back in it.

LM: You write YA and adult fiction. How do you decide which genre to work in for a particular theme or topic?

Linore: There was never a question in my mind about whether to write the Pulse Effex Series any other way than for young adults. The three main characters are all sixteen years old—so it made sense to write it from their viewpoint, first person. The conflict of the series is about surviving without technology when the grid goes down after an electromagnetic pulse, and there’s no segment of the population that would be more devastated, emotionally, than teens who have grown up with today’s gadgets.  The story I wanted to write was from their viewpoint; I wanted to capture the strong emotions and situations they’d encounter, so it wasn’t really a decision I had to make. It just worked that way.

LM: If money were no object, where is your idea of the ultimate vacation?

Linore: A few months to explore Jane Austen’s England, and literary London and the National Gallery, followed by a long cruise.

Favorite childhood book: I have so many! One was Old Yeller. Another, Little House on the Prairie.  I started writing after reading My Side of the Mountain.

Drink of choice: Coffee, tea, or soft drink. Morning coffee, and after that, tea. No soft drinks.

Would you rather walk, bicycle, or drive a car:
I love to drive. I especially love to drive fast on a lonely road.

Linore: I’m in the middle of book two of another Regency series, The Brides of Mayfair. The first in the series should be out by early spring if not sooner.

Linore: My homebase is currently being redone by a wonderful web designer. In the meantime, I’m on FB and Twitter and Pinterest, but to keep up with new releases and book sales, readers should join my mailing list. One subscriber wins a free book every month.  They can join at the website: http://LRBurkard.com.

1816, England: Julian St. John needs a wife. An oath to a deceased guardian must be kept. Miss Clarissa Andrews, a vexatious beauty, has dangled after him all season bu this has not intention of choosing such a she-devil.

Maine, Present Day: Author Claire Channing is desperate to write a bestseller to save her failing career. She moves into her grandmother's abandoned cottage to write the book, but a local resort baron wants to raze the place. Without the deed, the clock is ticking on how long she can stay. She thinks she's writing St. John's story. But when she discovers an old prayer shawl and finds herself in his Regency world, she falls in love with him, a man she thought she invented! Miss Andrews, however is also real-and she'd rather see Julian dead than in another woman's arms!

Claire must beat the clock to prevent a deadly tragedy, but can love beat the limits of time itself?

Purchase Link: https://amzn.to/2QoNviW
Posted by Linda Matchett at 1:30 AM