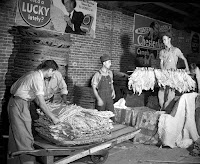 Last week we traveled to South Carolina to learn about its contribution to the WWII effort. Today, we’re going to head north and visit its neighbor, North Carolina, a state that ranges from its sandy coast line to rugged mountains in the west.

Established as a royal colony in 1729, North Carolina was named for King Charles I, and is one of the original thirteen colonies. The state is bordered by the Atlantic Ocean, South Carolina, Georgia, Virginia, and Tennessee. A rich history includes nearly a dozen people groups of Native Americans, exploration by Spain, pirates, a coup d’état, and sit-ins.

North Carolina was mostly rural at the beginning of the war and had been hit hard by the Great Depression. Only one out of four farms has electricity, and almost none had indoor plumbing.
Then war descends on the U.S.

Fort Bragg, an old field-artillery training grounded headed for decommissioning instead becomes home to more than 100,000 soldiers (including all five Army airborne divisions). Camp Lejeune opens along the coastal land outside Jacksonville and trains more than 40,000 Marines. At Montford Point, the Marines enlist the first of 20,000 African-Americans and by 1942 North Carolina is the location of over one hundred military installations. Of the 362,500 men and women who served in the armed forces, 9,000 never come home.

Manufacturing plants pop up all over the state. South of Wilmington at North Carolina Shipping, Liberty ships slide down the slipways into the Cape Fear River at the rate of one per week. Dayton Rubber Company, Chatham Manufacturing, Alcoa, Fairchild Aircraft, Carolina Aluminum, Ecusta Paper, and Consolidated Vultee Aircraft all join the war effort to provide essential materiel.

To power the growing defense industry, the Tennessee Valley Authority constructs Fontana Dam on the Tennessee River. The dam is 480 feet high, the tallest east of the Rockies, and generates 304 megawatts of electricity per day (the equivalent to the energy produced by ten automobile engines).
Between April and July, 1942, the war got up close and personal when German submarines were sunk in the coastal waters off Cape Hatteras and Cape Lookout.

With the rest of the country, North Carolina purchase war bonds, donated their scrap, and fed their family with Victory gardens and rationed food items. They “made do and mended,” adhered to blackout regulations, spotted planes, and volunteered for one of the many organizations that supported the war. In the end, North Carolinians could be proud of their efforts.