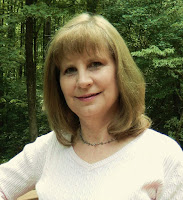 Linda:  Thanks for joining me today. Congratulations on your latest release, Unwrapping Hope (Widows Might novella). Where did you get the inspiration for the story and its characters?

Sandra: I’m honored to be on your blog, Linda. Thanks for having me.

In all honesty, I wanted to write a Christmas novella for release in 2019. As I pondered the story, it became more than that. It turned into a prequel novella for what will be my Widow’s Might series. Unwrapping Hope begins a little before Thanksgiving and goes up to Christmas. It has a holiday backdrop, however, I don’t consider it thoroughly Christmas. Besides being set in 1896 (as opposed to a contemporary setting), I wouldn’t call it a Hallmark story, though **spoiler** , it does have a happy ending. 😊

LM: Your website indicates you are “passionate about horses and history and a fan of old westerns.” What is it that draws you to that time period?

Sandra: I’ve always loved horses and owned three in my earlier years. It may also be the time period in which I grew up—the sixties with its westerns such as Bonanza, High Chaparral, The Big Valley, as well as actors such as John Wayne and Jimmy Stewart. Oddly enough, so far, none of my published books take place in a western setting. They are all set in an 1890s small or mid-sized town. I do have some unpublished (hope for the future) manuscripts with an earlier, Texas setting.

For me, there’s something romantic about the past, even though I think we can sometimes see it through rose-colored glasses. I like to think there was a certain moral code most people lived by, although, they clearly dealt with the same behaviors we see today.

LM: Research is an important part of writing a book, especially historicals. How did you go about researching Unwrapping Hope, and did you unearth a particular fun fact you knew you had to include in the story? 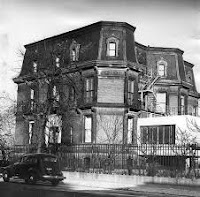 Sandra: For one thing, I’m a big fan of Google Books and Chronicling America. They’re incredibly helpful for in-the-period language, advertisements, illustrations, even weather, train schedules, etc.
I grew up in Indiana and travel through there to see family but needed to research the history of the area in which I’d set my story, along with the landscape. On my latest trip, my husband and I made a short visit to the area. I wanted to see it for myself before the book came out.

In my story’s era, department stores were hitting their stride and five and ten-cent stores were coming into being. I wanted to incorporate both, so my department store-owing hero’s goal is to gain financing for a new venture into five and ten-cent stores. At one point, it takes him to Chicago and the historic Prairie Avenue where people like Marshall Field owned a mansion. Including it was a personal plus for me, because I remember going to Chicago at Christmas and seeing the animated decorations in the windows of Marshall Field’s.

Sandra: I think it’s exploring the ideas that pop up for a new story. I wish I could say I enjoy writing them down as much, but that’s just downright hard. After getting the draft down, though, I enjoy the rewriting, rediscovery process.
LM: What do you do to prepare for writing (e.g. listen to music, set up in a certain location, etc.)?

Sandra: I retreat to my office. After that, I have a routine for my day. I take care of the “business” part of writing first...emails, blog posts, marketing, etc. I usually begin writing in late morning or after lunch. I don’t listen to music while writing. I like quiet. But I’ve been thinking of trying it after reading how music sparks creativity.

Sandra: I’m working on the first novel in the Widow’s Might series, Enduring Dreams. It takes a secondary character from the novella, Claire Kingsley, and introduces her to an architect named Mark Gregory. It was a tremendous period for illustrious architecture and the skyscrapers we take for granted these days. Again, I get to incorporate some Chicago history and drop in the names of some of the great architects of the age. The book is planned to release the second half of 2020.

I keep in touch monthly through the Love and Faith in Fiction newsletter. It’s a great way to inform everyone about what’s new, what’s upcoming, book deals, and my reading recommendations.

A talented musician struggling to support her child.
A wealthy businessman seeking to prove himself worthy.
A little girl searching for her mother’s prince.

Phoebe Crain naively trusted her heart to an affluent man who broke it, leaving her penniless and guarded around men with wealth. Unable to give her small daughter the Christmas gift she desires and deserves, Phoebe appeals to Spence Newland—a skilled craftsman…and department store heir. She'll work with the man, yes. Trust him, no.
A mistake threatens Spence’s effort to gain his family’s respect as a businessman, and Phoebe uses it to pressure him into building her daughter a dollhouse. Though shocked and angry, when he hears her brilliance as a pianist, he’s drawn to uncover the mystery surrounding the young widow and her frosty attitude toward him. But it’s the mystery of missing store merchandise that could destroy everything Spence has sought to achieve.
As scandals come to light will Phoebe run and Spence lose hope? Or will they overcome their hurts to make a little girl’s fairy tale come true?