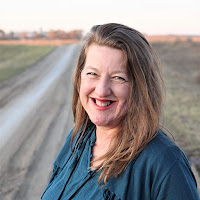 LM: Welcome! Congratulations on your recent release Mary: Daughters of the Lost Colony, Book 2. What was your inspiration for the story? How many books can we expect in the series?

Shannon: The works of Lori Benton and how she handles Native culture and characters have long been an inspiration to me, overall. For Mary specifically, while I was researching Elinor I ran across something called the Legend of the Coharie, which states that George Howe, the boy whose father (of the same name) was brutally killed the first week they were on Roanoke Island, had married a daughter of Manteo, and that their descendants could be traced to later Native people. That provided the first seed of this story, which is book two of three.

LM: Most of your stories are set in the 18th and 19th centuries. What made you decide to visit the 16th century?

Shannon: My editor, believe it or not! She approached me with the series concept, and once I dipped my toes into the research, my imagination took off from there.

LM: What research did you need to do for the story, and is there a particularly intriguing tidbit you knew had to be included?

Shannon: Much of the research for Elinor extended naturally into Mary, but overall I read (and re-read) as many of the primary sources as I could, then several analyses of the Lost Colony as well as the general history of the Elizabethan era and Native culture and language. It was near the end of writing Elinor that I first realized the extent of how casual Native customs were surrounding relationships between men and women—and that this would have greatly impacted the English settlers trying to live alongside them. Especially fascinating to me were the coming-of-age rituals, and the why and how of various gender roles. (Sorry, I know that’s more than just a tidbit!)

Shannon: It was long. :-) I started throwing words on a page when I was in third grade, journaled and wrote longer stories up through junior high school and started my first novel at age 15. I revised that one probably 20 times in as many years—entered a few contests, and submitted to several publishers, both before and after the break I took from writing fiction when my older kids were all young. About 20 years ago I felt the Lord nudging me to pick it up again, and He sent me a pair of older and wiser authors who encouraged me to attend a writer’s conference. It would still be another 10 years before He opened the door for my first contract, and by that time I had 7 novels written, in various states of polish. None of those are yet in print. :-)

Shannon: First, try desperately to clear the area (and my head) of anything that could distract me. Ideally, a cup of coffee to hand and a comfortable spot to tuck in with my laptop. Most pressing emails and/or phone calls taken care of. Our two German shepherds let out and back in again. :-) It can also be helpful to skim back over what I’ve written previously, or over my research, to get my focus back into the story.

Shannon: If possible, visit the British Museum in London, and view the artwork of John White (governor of the Roanoke Colony and professional artist for the earlier voyages) in person. Second, to that, go live on the Outer Banks for an extended period of time and just, you know, be a beach bum who writes.

Shannon: Read a LOT, both in and out of your preferred genre. Don’t be afraid to study the writing craft (as I was in my early years), or to be part of a critique group! And write, of course, a LOT! Don’t be afraid to experiment with your writing technique, but also learn to recognize the uniqueness of your own voice. Lastly, be patient with the journey!

Sparks fly between Mushaniq, free-spirited daughter of Manteo, and Georgie Howe, whose father was brutally murdered by undiscovered native warriors before they’d been on Roanoac Island a full week. As Georgie struggles to make sense of his life and to accept that not all they call “savage” are guilty of his father’s death, Mushaniq grapples with her own questions about who Manteo has become. As tentative friendship becomes more, forged in the fire of calamity and attack upon their community, both must decide whether the One True God is indeed who He claims to be and whether He is worthy of their trust.
Purchase Link: https://books2read.com/u/4X2EN6
Posted by Linda Matchett at 1:30 AM